As a pioneer in the development of wrist chronographs and stopwatches, Hanhart plays a major role in the history of the German watch industry. Technical inventiveness, precision and reliability, readability, ease of use and robustness are the values that are lived with Hanhart watches.

As a pioneer in the development of wrist chronographs and stopwatches, Hanhart plays a major role in the history of the German watch industry. The watch manufacturer has been producing its world-renowned products since 1882. Development, manufacturing and distribution of the mechanical timepieces are located in Gütenbach in the German Black Forest.

Hanhart was founded by watchmaker Johann Adolf Hanhart in 1882 in Diessenhofen, Switzerland, before moving operations to Schwenningen in southern Germany in 1902. Son Willy Hanhart introduced the world’s first inexpensive mechanical stopwatch in 1924, founding what is still an important product area for the company today. The success of the stopwatch formed the basis for further innovative technical developments such as the super-fast oscillator, with which Hanhart was one of the first manufacturers to make it possible to measure hundredths of a second. 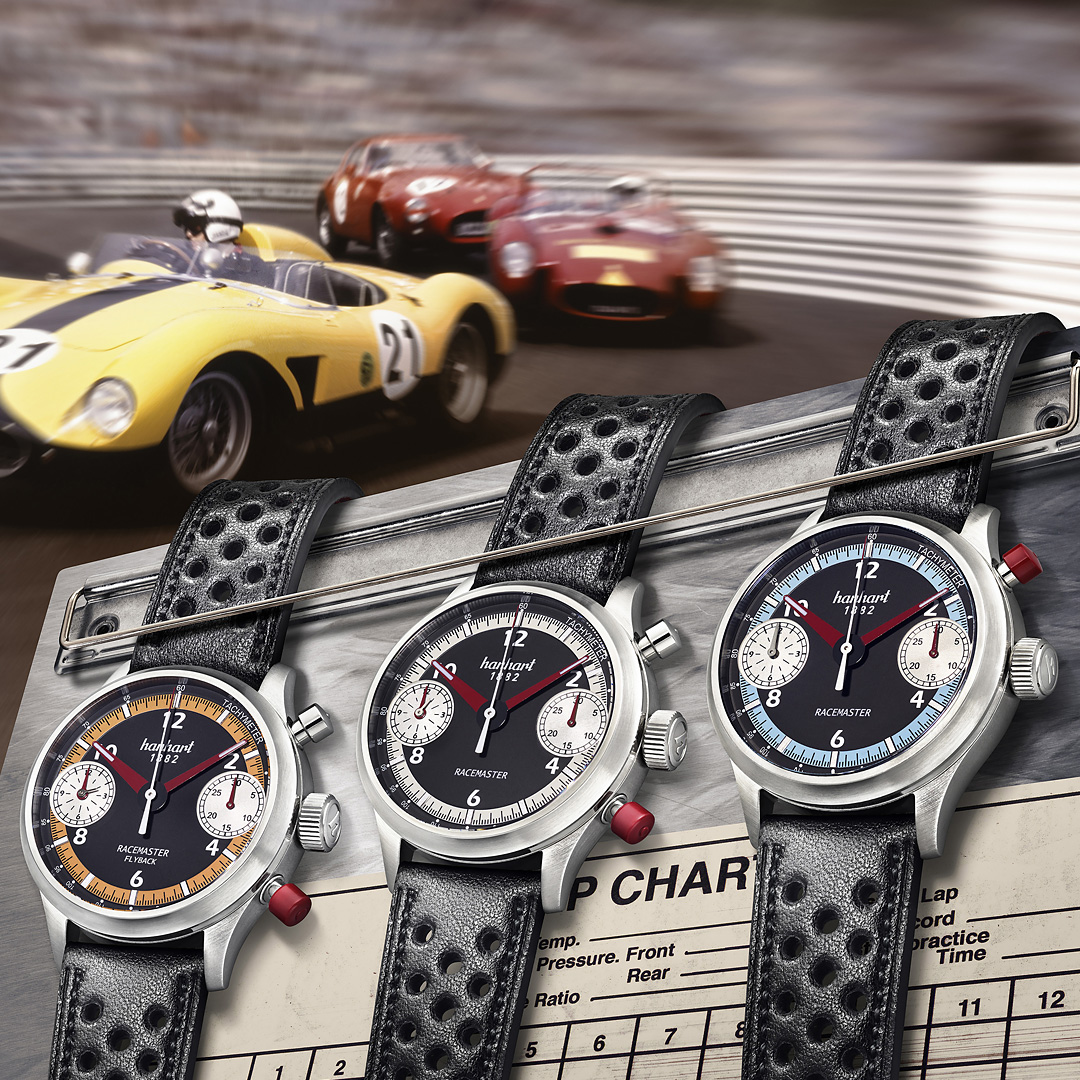 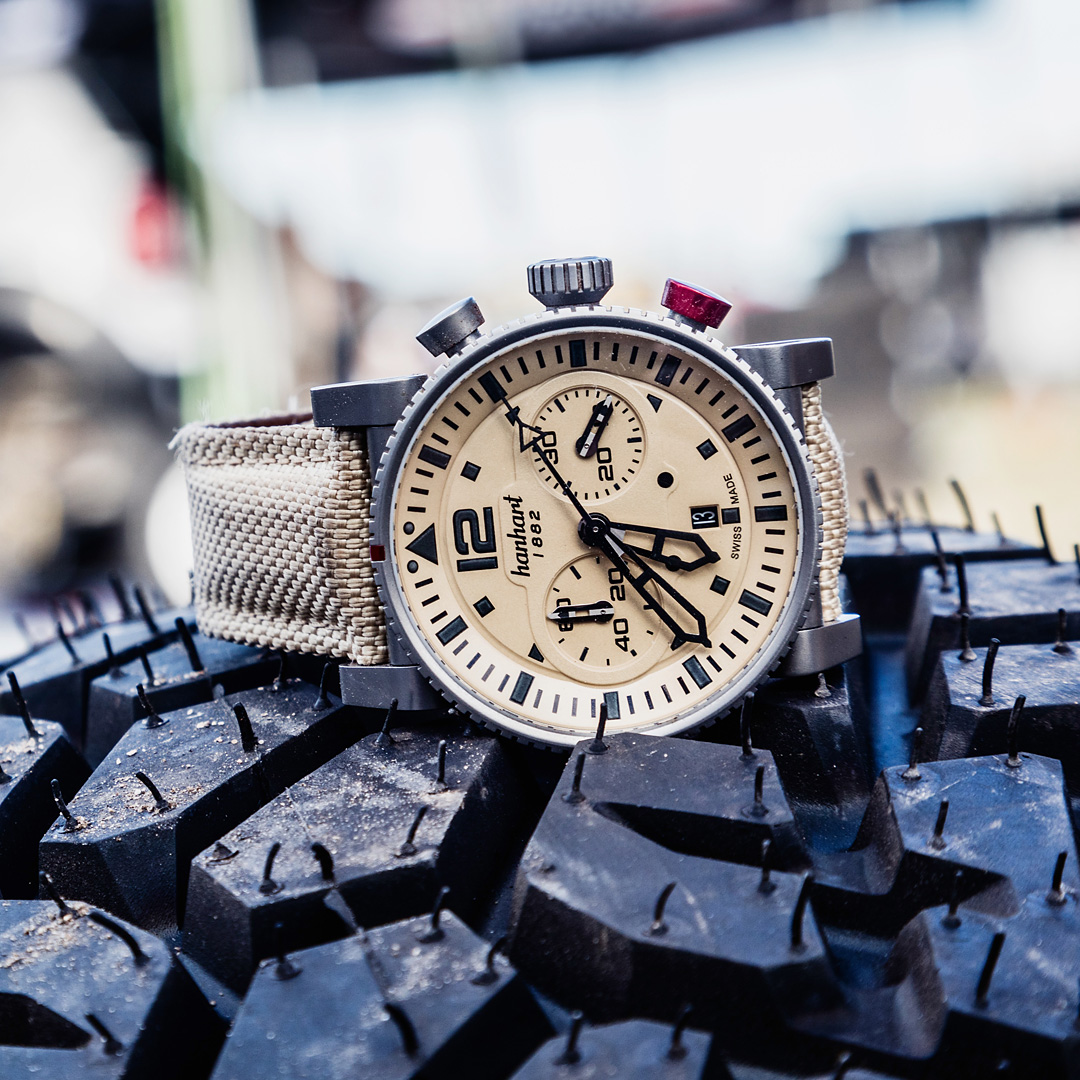 As the company’s history progressed, Hanhart expanded its product range to include pocket watches and wristwatches from the 1930s onwards. In the course of expansion, a second manufactory was founded in Gütenbach in the Black Forest in 1934, which is also where the company’s current headquarters are located.

To this day, the brand’s most distinctive recognition feature is the red stop button on every chronograph. The original idea was to paint it to prevent pilots in particular from accidentally resetting the stop time. 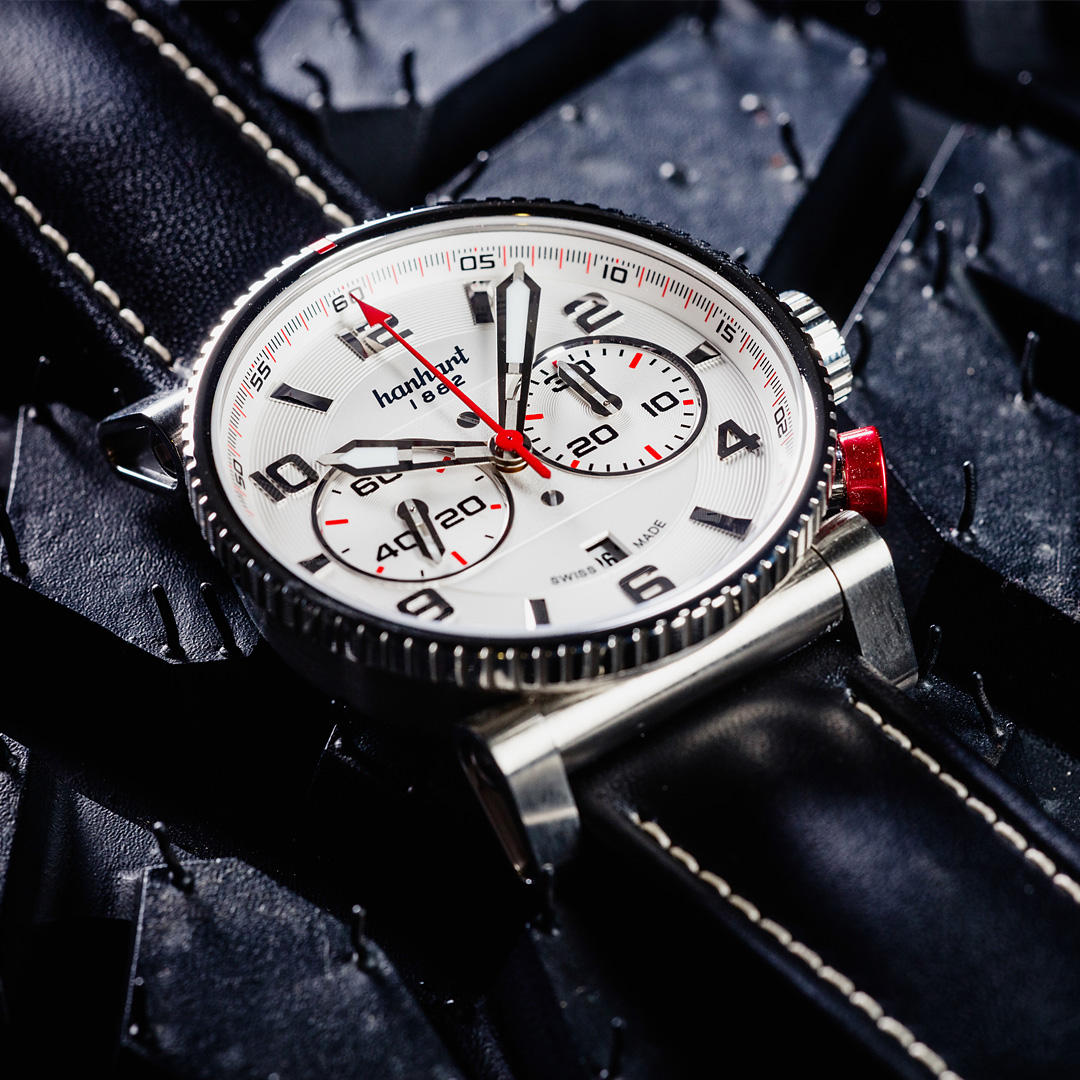