Wristwatches from Pforzheim: ARISTO watches and metal strap manufacture. High-quality material, meticulous workmanship and exclusive design for every Made in Germany wristwatch from the ARISTO brand fulfils these quality demands to perfection.

High-quality material, meticulous workmanship and exclusive design – every “Made in Germany” wristwatch from the ARISTO brand fulfils these quality requirements to perfection.

The watchmaker Julius Epple founded the ARISTO watch and watch case factory in Pforzheim in 1907. Every collector who specialises in Pforzheim watches owns at least one classic from the ARISTO founding period. Until 1992, several million wristwatches were produced.

Hansjörg Vollmer revived the traditional brand in 1998. Just ten years later, ARISTO wristwatches from Pforzheim were delivered to 20 countries in Europe and overseas. Trade journalists confirm that the brand has achieved a high rank in the circle of internationally renowned watch labels. This global success was made possible by the fact that the company has evolved from a producer of large quantities into a watchmaker for handcrafted, sophisticated editions.

Managing director Hansjörg Vollmer vouches for this: “Quality comes before quantity”. Some small series have become classics in Germany, but especially also in the USA and Asia.

Carbon – the material of the 21st century
Carbon has always proven its worth in automobile construction. ARISTO already presents perfect watches made of this high-tech material. 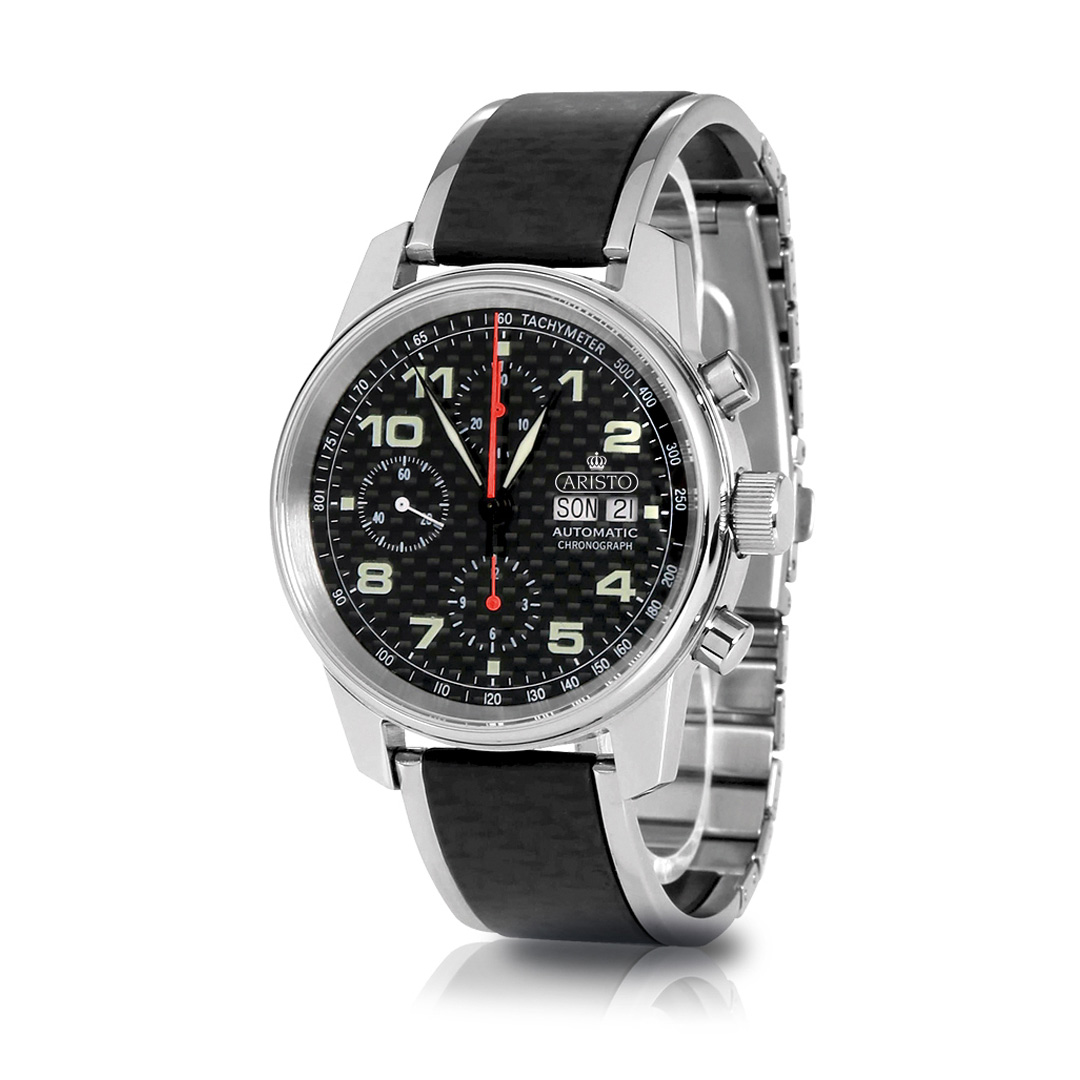 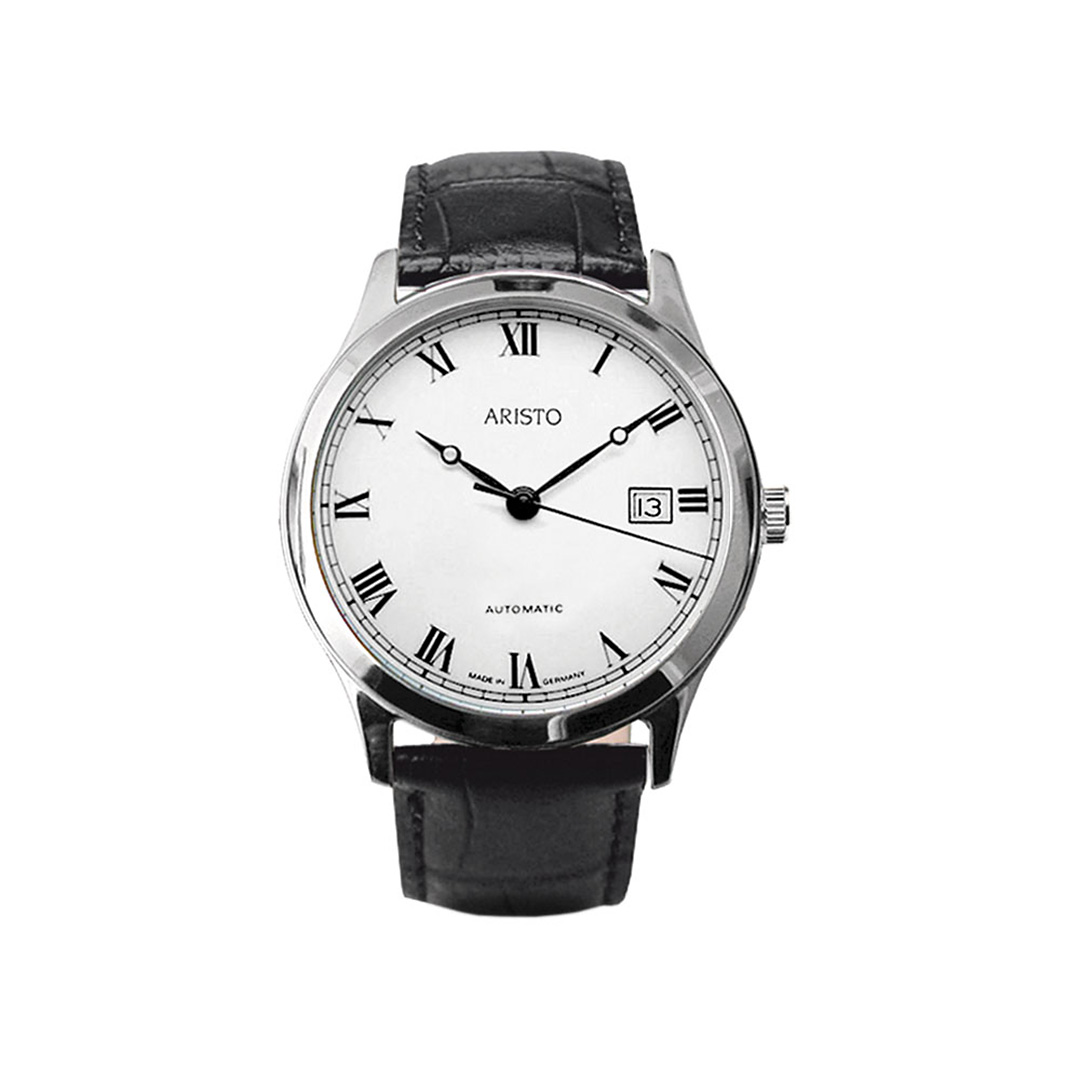 With these watches, ARISTO builds wristwatches for people who have a goal – and who know exactly how to achieve it. Classic dials and good readability makes these models classics.

Bauhaus ARISTO follows the Bauhaus ideal “Form follows function” was the principle of the artists and architects who created the Bauhaus aesthetic in the 1920s. Many ARISTO watch models pay homage to this design ideal. 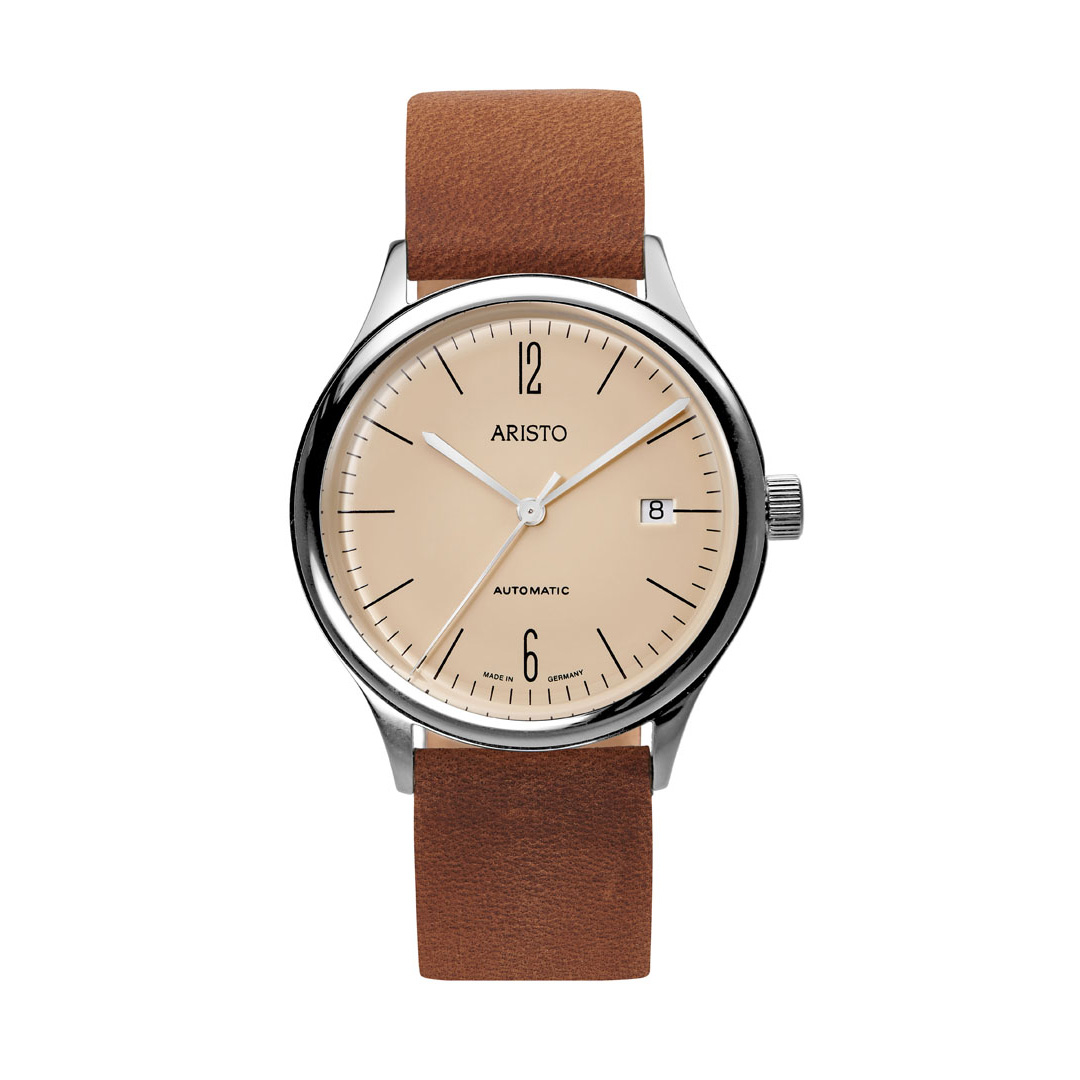 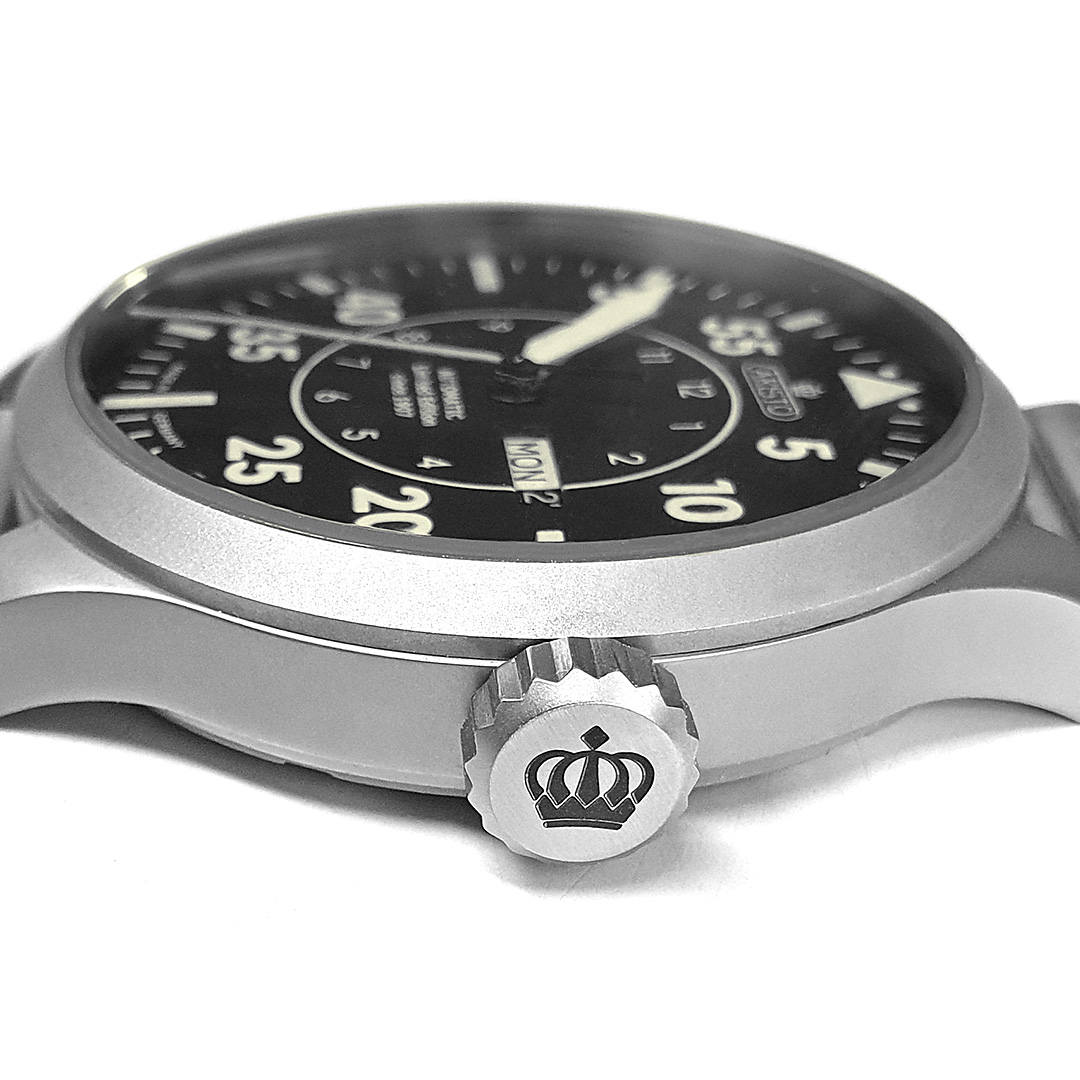 In an edition of 50 pieces, ARISTO presents a high-quality automatic watch with Day-Date exclusively for watch lovers and collectors. The Eta 2836 from 1981 is used for this watch. Thanks to 28,800 A/h and a fine adjustment via regulator, chronometer rates are possible. The 47 mm timepiece has its own unique pilot’s watch design.

With both the Pforzheim calibre PUW 1561 and Durowe 7410, 2 limited edition models were created as a tribute to the art of watchmaking in Pforzheim.